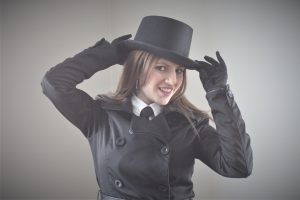 A Tribute to Shania Twain brought to you by Alyssa Dupuis. 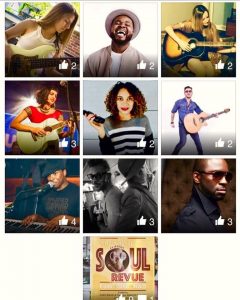 SOuLBEAUTiFUL is a collective of multi-talented artists in their own right. Each member of our team is uniquely and diversely skilled in a variety of artistic modalities. The members of SOuLBEAUTiFUL have come together to share their expertise and unique experiences to enhance the Arts and Entertainment industry with fresh ideas and new energy.

New Kid in Town: Tribute to the Eagles 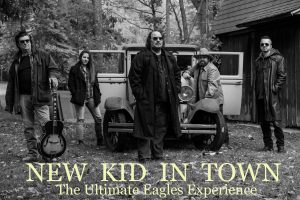 New Kid in Town: Tribute to The Eagles has been performing in Canadian theatres, festivals, and casinos for several years. Attention to detail, five talented performers, plus the best songs ever written, equal a thrilling musical experience!

Eagles fans continue to be gratified by this engaging group who love to pay tribute to one the greatest bands of all time. Like The Eagles, New Kid In Town delivers excellence in sound quality, personnel, and equipment, as well as an obvious enthusiasm for each new show. As soon as the lights come up these veteran musicians begin to form an instant rapport with any audience as they skillfully reproduce monster hits.

A Man In Black 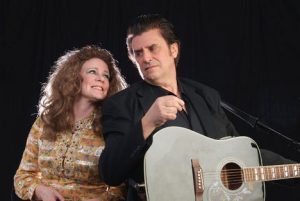 With his show “A Man In Black“, James Yorfido has re-created the ultimate Johnny Cash show by perfecting the look, sound and charisma of “The Man In Black”.
Vocally, his striking Baritone voice is a rarity amongst Cash performers…he actually has the exact same vocal range as “The Man In Black” himself!
Musically, his three-piece backing band truly captures the CASH sound with unmatched authenticity: upright “slap” bass, note-for-note guitar licks, count-for-count drum beats, all performed on expensive, vintage instruments and equipment.
In addition to capturing the “CASH sound”, James Yorfido successfully re-creates the distinctive look of “The Man In Black”, with meticulous attention paid to every detail of the CASH wardrobe.
This professionally scripted show features amazing historical facts combined with hilarious dialogue and audience interaction, to further complete an incredible audience experience.

“Take It Easy:  The Story of The Eagles” celebrates the incredible music of legendary 1970s Country-Rock group “The Eagles”.  This audience-interactive show is comprised of some of Canada’s leading session musicians, who perform all of the legendary hits from the Eagles extensive career with soaring vocal harmonies and sizzling hot guitar solos.   The evening will be comprised of two sets, with the first half featuring all the songs from the multi-million selling album “Eagles Greatest Hits 1971-1975.” The second half features more classic hits from the band’s later years, including solo hits made famous by Don Henley and Joe Walsh. Don’t miss your favourites including “One of These Nights,” “Desperado,” “Heartache Tonight” and of course, “Hotel California”! 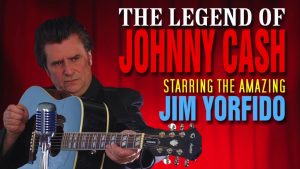 “The Legend of Johnny Cash” stars the amazing Jim Yorfido as “The Man in Black” backed by a live all-star band.  As an international touring artist, Yorfido has thrilled audiences around the globe with his portrayal of Johnny Cash, which captures the look, charisma and striking baritone voice of Johnny Cash in concert.  As a special bonus, Jim will be joined on stage by his lovely, multi-talented wife Pam in the dual roles of Tammy Wynette and Loretta Lynn.

“The Legend of Johnny Cash” covers the complete career of this musical pioneer, from his early recordings on Sun Records to his final chart topper “Hurt”.  Song highlights include “Ring of Fire,”  “Boy Named Sue,” “I Walk the Line,” and “Folsom Prison Blues” alongside classic country hits like “Coal Miner’s Daughter” and “Stand By Your Man”.

This audience interactive performance also features legendary duets made famous by Johnny Cash and June Carter including “Help Me Make It Through The Night” and “Jackson” amongst the crowd favourites. 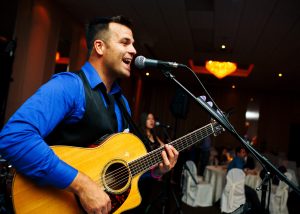 DCF Weddings is a professional Toronto wedding band performing providing a “Wow! That was the best wedding ever!” level of entertainment since 2007. They are passionate about helping couples create their perfect wedding day and an unforgettable emotional experience. Unlike many other live music performers, DCF Weddings does not believe in a one-size-fits-all kind of weddings, so everything they do is personalized and custom, no matter what the budget is.They work with couples who want to celebrate their uniqueness, create a special emotional connection with their guests as well as have fun and dance their shoes off!